Carel was introduced to pigeons more than 40 years ago, at a very young age. His father was an avid racing pigeon fancier. He acquired his first pair of distance roller pigeons at the age of 7 and continued with the breed up to the time he was called up for his military service in 1985.

After completing his two-year military service, he again started with the breed, but this time around he took it to a higher level. He wanted to compete against other fanciers with the same breed. He took the decision to establish a club. So, in 1994, he established the WRDV, a distance roller pigeon club on the west of Johannesburg in the Gauteng Province. The club is still in existence today and is believed to be the only distance roller club which has continued to function without once being disbanded, therefore making it the oldest running distance roller club in South Africa.

In 1998 he was approached to assist in re-establishing the Federation. During the founding meeting in 1999, he was elected as Vice – Chairman and as Chairman in 2000, a position he held uncontested until the end of 2010 when he took the decision to not make himself available for re-election, but to step down and make way for someone new. This unfortunately turned out to be a fatal mistake as the federation was dissolved some time in 2011. 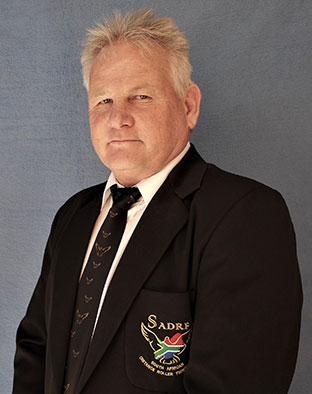 During his time as chairman, he was instrumental in promoting the distance roller pigeon locally. In 2008, the South African Fancy Pigeon Association (SAFPA) was approached and with their assistance the distance roller pigeon was officially registered as the 99th pigeon breed in South Africa and from that day onward was named the South African Distance Roller Pigeon. Because of his close relationship with the fancy pigeon bodies in South Africa and himself a fancy pigeon breeder and exhibitor, he holds the position of president for the National Fancy Pigeon Association (NFPA) Gauteng Region.

After a break and no federation for more than five years, he was again approached to assist with the re-establishment of the federation. During the founding meeting in 2016, he was elected as chairman.

Dirk started with pigeons as a young boy more than 40 years ago. Throughout his young life he kept them solely as pets. This changed after he had completed his military service. He officially became an active competing member of the distance roller pigeon in 2005 when he joined the BRV club in the east of Johannesburg, also known as the East Rand to local inhabitants. The BRV, of which he was now a member, joined the federation in 2006 and from the start he was reckoned as a top achiever.

One of the highlights of his career as a distance roller fancier was when he and a very close friend took over the FRA club to make it one of the strongest clubs on the East Rand. He was also instrumental in the founding of the FRA Derby in 2012. Fanciers throughout South Africa competed in the Derby which at the time was the first and only of its kind. Huge prizes were at stake and Dirk was responsible for the keep and training of hundreds of pigeons which competed in the derby competitions.

In early 2016 he resigned from the FRA to join NLDRA, another East Rand club. With the founding of the federation in 2016 and with the resignation of the vice - chairman at the end of 2017, Dirk was elected as vice - chairman during the 2018 AGM. 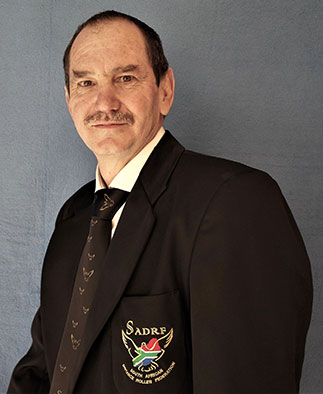 Frikkie was a youngster of 10 years old when he received his first two pigeons, pigeons that came from late John Smith. During the years that followed, he continued with the breed although on and off. In 1979 he bought a whole loft of pigeons, but there was no urgency to compete in competitions and he kept the pigeons merely as pets.

As before, there came a time when he got rid of all the pigeons, but in 1999 his son came home with two pigeons, but these were not enough. The bug had bitten again and he collected more pigeons from different fanciers.

In the same year, he established the club GRDV in the North West Province. The club was unfortunately dissolved in 2002. Yet all was not lost as he and a fellow fancier established the CDRC club, also situated in the North West Province, and he continued to compete in the federation until 2011. After the disbandment of the federation in 2011, many clubs stopped functioning. CDRC was one of them, but was once again revived by him and fellow fanciers in 2015. 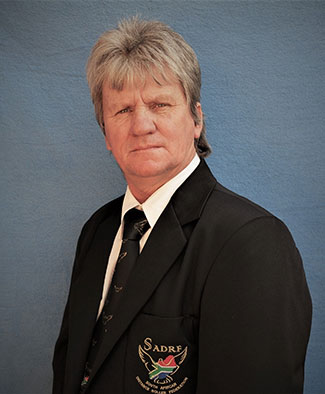 Naomi was introduced to pigeons seven years ago and immediately fell in love with them. Although a non-flying member, she quickly grasped the concept of how competitions and the sport are run. In 2011 she was elected as a club secretary for one of the clubs affiliated with the South African Distance Roller Federation.

She understood pigeons, so much so that she acquired some fancy pigeon breeds to exhibit during fancy pigeon shows, and in 2017 she was elected as secretary for the National Fancy Pigeon Association (NFPA) Gauteng Region. She brought with her excellent administrative as well as leadership skills. This did not go unnoticed and during the founding meeting of the federation she was elected as secretary

This achievement makes her the first woman to ever be elected in an executive role in the history of the federation. 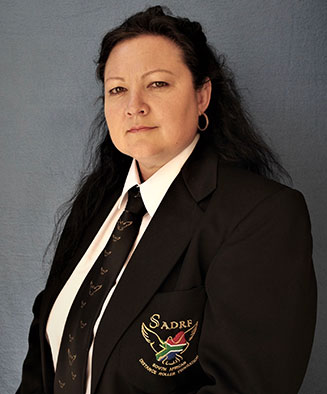